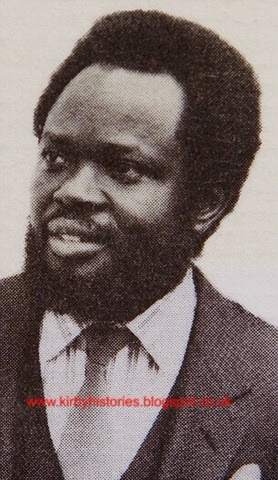 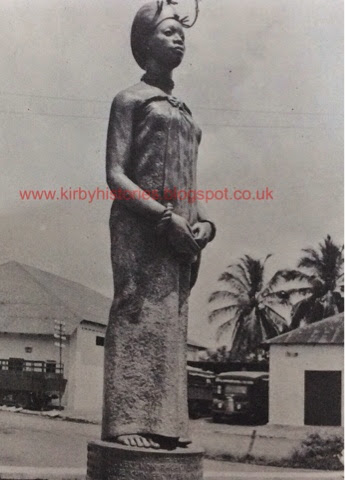 This statue of Emotan is located in Oba Market road, opposite the Oba market, Benin City. Emotan was a market woman who traded in Oba Market during the reign of Oba Uwafiokun in the fifteen century. During Uwafiokun’s reign, Prince Ogun (the exiled heir apparent). paid secret visits to Benin and on many of these visits Emotan would warn the Prince to stay away from certain chiefs who were secretly working for his brother and on a few occasions Emotan actually hid Prince Ogun from his adversaries at great risk to herself.

When Prince Ogun eventually regained the throne as Oba Ewuare, he showed much appreciation to this remarkable woman and when Emotan died,  Ewuare commanded that she should be buried at the spot were she sold her goods at Oba Market .

A sacred tree “Uruhe” was planted in her honour.

During the reign of  Oba Osemwende {1816AD-1848AD} the commemorative tree fell and another Uruhe tree was replanted on the same spot. That tree fell again in the 1950s.

A lasting monument, a statue, made by JA Danfordd, the western regional Director of the British Council, was erected on March 11, 1954 by the Benin Divisional council and unveiled by Oba Akenzuwa on March 20, 1954.