The Egungun masqueraders are known as one of the most awe inspiring and fearful cult groups of Yorubaland. The Egun are a group of people who are specially trained to communicate with the dead, and this particular ability makes them the mediators between the ancestors of the clan and the living.
An Egungun festival, therefore, is a very serious occasion and the big masquerades impersonate the spirit of the dead, who are believed to reside in them while the dance is on. These masquerades are considered sacrosanct and it is absolutely forbidden to touch them. The young boys who surround them are there to protect the onlookers from the charged and dangerous touch of the masquerades.
These pictures are of a special group of Egun whose purpose it is, is to entertain. These Egun are called Agbegijo (we take wood to dance) These pictures were taken in 1964 by Ulli Beier in Oshogbo. The Agbegijo here came from three different compounds. Every male child born into one of these compounds were to join the society and dance under a mask – but when the child grows up he may choose any profession he likes and may or may not participate in the Egun dance again.
Their names of the masquerades are as follows
Picture 1: Obo The Baboon 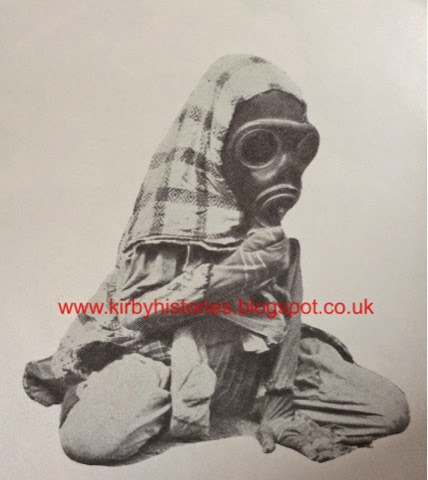 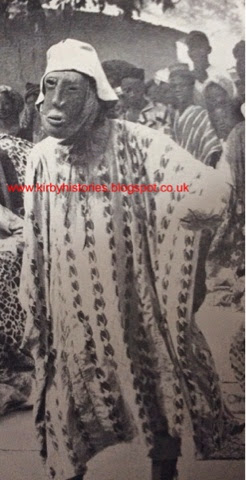 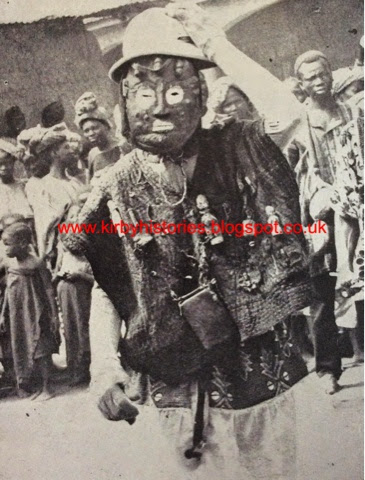 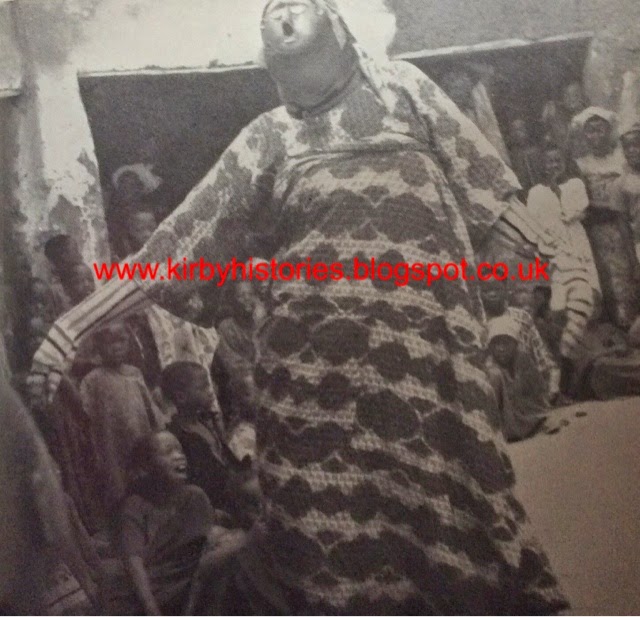 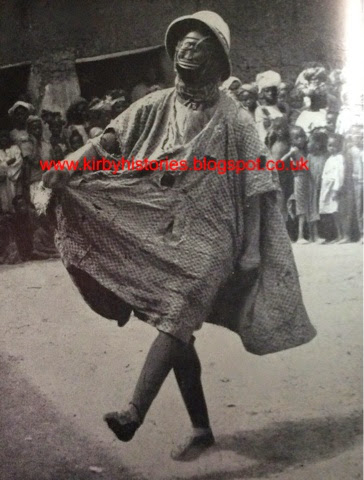 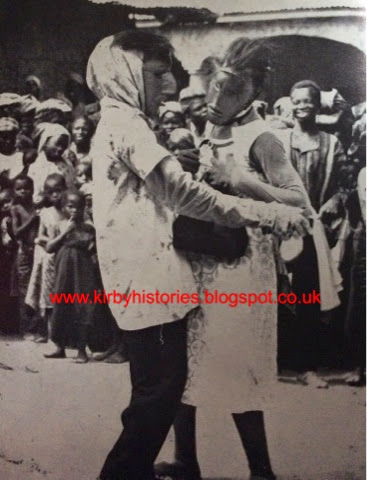 One thought on “The Agbegijo Masqueraders 1964”