Ondo is an ancient Yoruba kingdom situated about forty miles south east of Ife. Historian Samuel Johnson, said that it was founded from Old Oyo, but local tradition, says that the people of Ondo came straight from Ife. The story goes, that one of Oduduwa’s wives bore twins. Now, not all parts of Yoruba land have always accepted twins and as told, in those ancient days twins were killed. Oduduwa fearing for the safety of these children and his wife, sent them away from Ife to another part of the land that was more acceptable of twins.

Epe is about nine miles from Ondo. It is smaller than Ondo and up until very recently, it exercised considerable influence over Ondo, due to it seniority. For example when ever an important sacrifice is made in Ondo, a portion has to be sent to Epe.

This myth of Ondo not only explains the relationship with Epe but also the unusual position held by female chiefs from the very beginning. Almost all Yoruba towns have woman Chiefs or Iyalode (who is more or less the head of the market women and who can at times exercise considerable influence). But in Ondo traditionally the women have a complete council of chiefs, with titles, most of them corresponding with a male counterpart.

Also, they do not just hold their own council but have access to the mens council too. The king himself is also installed by a woman Chief.

This extraordinary position of women in Ondo is probably in tribute to Pupupu, the first Oba. Although the people later chose her son , Airo to succeed her they still made important concessions in conferring important titles on women.

-The Idokos-
When Pupupu came to Ondo, she found settlers there. The Idokos. The Idokos were subdued, but we’re granted some sort of autonomy.
They had their own side of the town, their own chiefs with similar titles of those of Oba Pupupu’s people and head chief known as the Oloja. They had their own gods and festivals. Even up until a century ago their dialect was significantly different from those in main Ondo.
But they lived in peace.
During the “Obas Festival” the community come together to attend and they are always led by their chiefs.
They also traditionally present their principle orisa for the benefit of the whole town.

-The Obas Festival –
This is the feast of the Osemawe, the King. On this day the chiefs and the people pay homage, while he in turn prays for them and blesses the town.
The festival comes up in July each year and seems to suggest a total subjugation of the people of Ode – Ondo to the Osemawe . The announcement of the festival is normally made nine days before ( the declaration itself is a festival in its own) and The Odun – Oba normally lasts for seven days.

-The Obas Festival through the eyes of Ulli Beier – 1956-

“The Osemawe , wearing his beaded crown, is enthroned outside his palace while the royal drums beat and the people begin to assemble.
After some time the war drums take over from the royal drums the war chiefs approach to greet the Osemawe.
The war chiefs are called Elegbas and they form the junior section of the chiefs in Ondo. They dance for their king, wielding ceremonial swords or staffs with warlike gestures. The king will usually send his fan bearer to greet a dancer.
The fan bearer approaches the dancer and fans his feet with a crosswise movement. Finally, the dancer approaches the king and stretching out his right arm towards him, greets him with some of the Orikis.
After the Elegbas, the Ekules come to greet the king (They, form the middle section of chiefs in Ondo, and are considered to be a higher rank than the war chiefs).

The real celebrants of the day, however are the Iwarefa or high chiefs, who finally appear with the state drums and are accompanied by a huge orchestra of agogo bells.

There are five high chiefs, and they are in order of rank : Lisa, Jomo, Odunwo, Sasere and Adaja. Sometimes the Osemawe himself is described as the sixth and head of Iwarefa

Historically Lisa was the regent of the town. Since especially in the past the Osemawe was not able to leave the palace, the Lisa became his spokesman. The Jomo is another very important chief and that title is the only title amongst the high chiefs that is hereditary.
All the other chiefs are appointed by the Osemawe from among the Ekules and Elegbas.

These two powerful chiefs pay a special homage to the Osemawe during the festival.
The Sasere also occupies an extremely important role during installation.

Historically when the king is picked he must spend several weeks in the Sasere’s house, where he is deliberately Ill treated ( in older times even beaten) before he is properly installed.

Announcing the Obas festival – When the high chiefs have brought their sacrifice and poured a libation. The chief drummer of the Osemawe must recite the complete list of Ondo kings on his drum. The list contains a certain amount of names. The penalty for making a mistake during this recitation used to be death.

The highlight of the day is when one of the Ekules who is master of ceremonies, steps forward and announced the Odun Oba will be celebrated in nine days’ time

On the morning of the day the children of the town bring presents from their parents.

During the night all high chiefs celebrate in their homes. At dawn, the musicians leave and proceed to the palace to greet the king.

On the second day of the festival the Elegbes and Ekules bring gifts to the Oba. According to tradition, the Osemawe must then select the goats he likes the least and return them to the chiefs who will feast on them that day.

Of all the gifts that will be received on this day, a portion will be sent to Epe. To acknowledge the fact the founder of Epe was the senior of the twins.

The women chiefs do not dance for the King. Remembering, apparently that the first Oba was a woman, they remain seated with dignity”

Ulli Beier’s account favours local tradition and contradicts Johnsons. Also, Sango and other typical Oyo deities are not found to be native in Ondo but Ife Orisas like Oramfe are prominent . 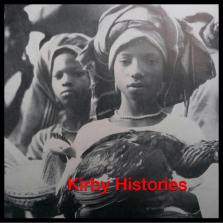 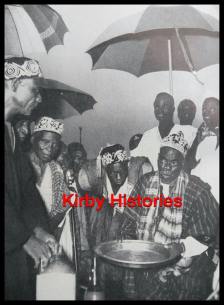