The “Mino” otherwise known as “The Amazons of Dahomey” or “The Soldier Queens” were a brave and fierce all female militia who fought and defended Dahomey now Benin, up until the 20th century.
The legend of this terrifying all female fighting force went far beyond Africa and was known in far away countries, most especially France, which closely monitored their activities, first as friends then as enemies.
This fiercely militaristic society known as “Black Sparta” was a concern, especially the methods used to condition their female troops.
At the time, no equivalent of this magnitude existed.
“Mino” in Fon means mother, but these women were far from maternal. Their training involved rapid desensitising to killing and death. Bringing life was the last thing on their mind, there objective was to kill or be killed while trying.
Their awesomeness and brutality was a force to be reckoned with. At the time, they were “the only female soldiers in the world who routinely served as combat troops”
The Dahomeyn King Gezo (1818-1858) started the act of “marrying” them and designating them “third class wives” he never had sexual relations with them as it was forbidden, nothing was to effect their readyness for battle, most especially pregnancy.
Their status as “the Kings wives” meant that no man could touch them too. This technically rendered them celibate and if any man dared touch these women, even unintentionally, it meant death.
The first female officers may have been recruited as palace guards as early as the 17th century. But there are no official records as to why there was a need for the Mino and most especially why there was a rapid expansion of its troops (from approx 500 to over 4000 in the 1840s) but the most persuasive possibility is that it was due to a defeat they suffered at the hands of the Yoruba, the chief enemy of the Dahomeans in 1844.
The Fon were so badly outnumbered during this clash,The Yoruba alone outnumbered them ten to one. Increasing numbers by any means available would be understandable. So this recruitment drive may not have been an act of a forward thinking Fon King in support of equal opportunities. On the contrary, it was out of necessity and the only way this society could justify this, was that they were simply no longer women.
These women warriors, fully trained were thought to have “become” men at the moment they disembowelled their first victim.

-The Egba-
Abeokuta was founded by the Egba in 1830 during the prolonged wars between the sub tribes of the Yorubas like the Ijebu, the Ife and the Oyo. They chose as their site the famous Olumo rock and the name of their town, Abeokuta, literally means the town under the rock.
By 1850 Egba refugees from all over Yoruba land had made Abeokuta one of the largest towns in West Africa. Egba was the name given to the people of the town, though several other sub tribes, like the Owu, who bore the brunt of the Dahomeyan attack in 1851, helped to build the city.
The motives for the attack on Abeokuta by the Dahomeyans in 1851 was firstly for revenge and secondly to obtain slaves on which the Dahomeyan King Gezo depended for his income. Gezo was determined to avenge the defeat of his army by the Egba in 1844 . During this attack, the Egba came close to capturing Gezo and they seized quite a bit of his royal regalia, including a valuable umbrella, a cannon, his “Ayo” or gaming board and his sacred stool.
In 1848 Gezo got revenge when he conquered the town of Oke-Oda, inhabited by an Egba sub-tribe, and executed all the old men and took the rest as slaves. But his eyes were on Abeokuta. 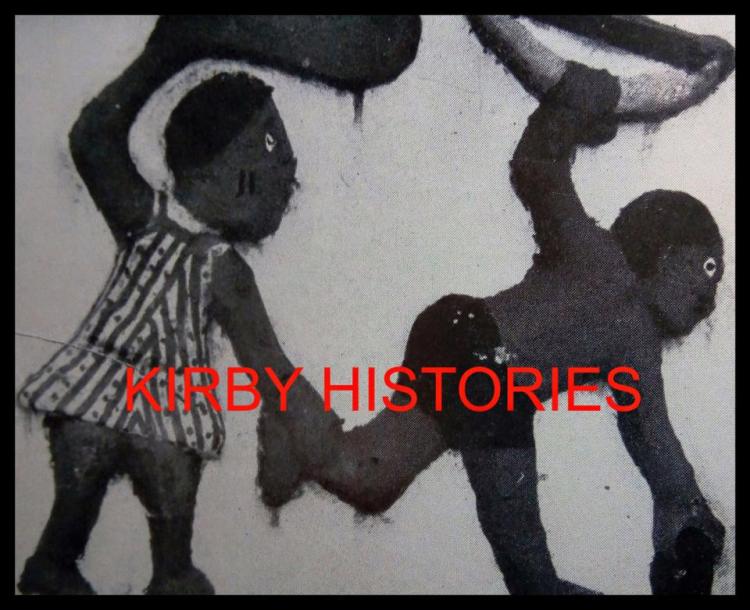 -The Attack-
There are many versions of the Dahomeyan attack and how the Egba defeated the invading army. One thing they all describe is the horror in which the Egbas learnt that the Vanguard of the Dahomey attack consisted of women.
In an account given by a Chief, the Balogun of Odo (from the Ikereku quarter of Abeokuta) he remembered his father telling him of the horror of this discovery and the capture of the first invader. In an interview (in 1957) he recalls the story:
” The Aro gate was shut fast, when one of the Dahomeyans who was pressing hard against the city walls scaled them. The Apena of Owu one of our leaders, grabbed the soldier and wrung his neck”
In accordance with custom whereby the private parts of the first captured soldier is cut off and sent to the Chief, this soldier was stripped. “when the soldier was naked the Egba men found they could not cut off his private parts for the soldier was a woman!” They appeared to be all women !
This greatly angered the Egba, they opened the gates, shouted to the Oro cult and attacked the women soldiers in fury. The fighting continued most of the day.
The Egba women, with their earlier fear of war passed and sharing their men folks sense of insult at being attacked by women, set themselves to form a supply service for their troops, with Madam Tinubu, Iyalode the richest woman in Abeokuta leading the way.
The Dahomeyans were suffering seriously and started retreating at nightfall. They didn’t come back.
Many hundreds of corpses lay in the ditches of the town, around Aro gate and in the Ogun river. The Mino Regiment suffered enormous casualties.
The Egba chased the Dahomeyan troops to Ishaga, they continued fighting. The two sides suffered serious casualties.
The Dahomeyan retreated again.
The Dahomeyans put up a good fight but failed, partially because of overconfidence and mostly because the huge walled town harboured a population of 50,000. Abeokuta was a formidable target. The expedition had cost the Dahomeyan 3000 soldiers and few returned without some sort of wound.
The Amazons, the Corps d’elite, were the worst hit.
Abeokuta was threatened many times again in the 19th century, but never was it in danger as in 1851, when the Amazons attacked.