When I was asked to review this book “Dadi. The Man, The Legend” by the famous author, Mr. Dillibe Onyeama. I was excited and honored to get the chance to have a first look at what I was sure would be a masterpiece, and I wasn’t wrong.

The author of this book, his son, captured the benevolent, larger than life, enigma so passionately.

As one, whose interests lies in history, I was aware of the legend of Chief Onyeama of Eke, the progenitor of the Onyeama clan and their extended Ozoji family, but I must admit I didn’t know as much as I would have liked to have known about his son, except for the fact, that he was the first Nigerian at the International Courts of Justice at The Hague.

The author displayed effortless fluidity and exceptional attention to detail, especially when recounting events and conversations with his father and other personalities in this book.

After the first few pages, I knew my ignorance of this great man would change.

“Dadi, the man, the legend” is, as the title of the book suggests, an intimate portrait on the life of his Excellency Judge Charles Dadi Onyeama,

This book delves into his life; it takes the reader on a detailed journey, from his exciting early life, as an independent young student who understood the responsibilities at a young age to his family, his country and very interestingly the story interweaves and captures significant aspects of Nigeria’s 20th century history.

His Excellency, Judge Charles Dadi Onyeama was an enigma of sorts, a feature that stemmed from his taciturn disposition and his unique embrace on the concept of duty and brotherhood.

He was mysterious to many but not so mysterious as to leave any doubt as to one’s confidence that he would always be fair, truthful and genuine.

His quiet inclination would add to his enigmatic presence.

Dadi as a patriarch of his family would in many ways surpass his father as he was loved and he made friends with ease due to his humility, a trait his much-feared father was incapable of possessing.

The reoccurring theme of “Brotherhood” was echoed throughout this book; as a member of the Onyeama family, his “Eke brotherhood”, as an important member of the Masonic brotherhood, as an officer of the court, an international jurist and as a detribalized Nigerian.

The ethnic makeup of his friends was reflective of his Kings College Lagos days and the fact that more students from Nigeria in the UK were of Yoruba descent.

As well as educating the reader about the pre-independence, early scholastic advances of the Igbo; one is exposed to the meteoric rise of the business savvy “bush dwellers” and how they were able to catch up academically with their Yoruba brothers

Dadi Onyeama would be the third Igbo lawyer to qualify, the first being Sir Louis Mbanefo then Ernest Egbuna.

Dadi Onyeama had a fondness for Great Britain and its early to mid-20th century culture, this admiration was harnessed at a very tender age when he was sent off to school at Bonny, briefly at Government College Umuahia and then probably the most significant, King’s College, Lagos were the British teachers at these schools would leave a positive and lasting impression on the young Dadi.

Kings College was also where he was able to excel in his academic endeavors and most importantly immerse himself into cultures out of his homestead in Eke by forming lifelong relationships with children from all over Nigeria.

In the UK he acquired various ‘cultural’ traits too, like the sharp shrewdness that was usually well camouflaged behind the façade of politeness normally associated with English.

Most interestingly, his famous style of summation displayed in court was another approach picked up from his admiration of British Judges whilst he was a student at University College London and during his practical training at the worlds prestigious, Lincolns Inn

As expressed by the author “he displayed an almost scientific like art of deduction and reasoning in the way he came to his conclusion on a judgment. It was a logical process of “the beginning, middle and end”

The author described this as an inspiring feature of the faculty of thought, and which he adopted as a “guiding lamp – such that the sheer aesthetic beauty of logic and deduction as a fine art soaked his whole being with its wisdom and magic.

His adoption and application of this fine art in all judgments in later years, and in general, debates that called for the presentation of salient points, contributed in no small measure to the making of the genius that his countrymen perceived in him”

The book details his pragmatic approach to the various challenges in his life and yet his unparalleled love for people for whom the culture of peace and unity and brotherhood was sacrosanct,

Unfortunately, the concept of brotherhood was not always availed to everyone that embraced it.

One such example, which, indeed was an eye-opener, was an issue in 1948 which in reaction to an far fetched accusation leveled on Igbos in Lagos by Chief S.L. Akintola in a newspaper, prompted an uncharacteristic outburst which was merely to counter the ridiculousness of the accusation that “Lagos based Igbos had bought up all the machetes in town for the singular purpose of slaughtering Yorubas”

When confronted with this at the Island club, he felt amongst other things the generalization being heaped on the head of ALL Igbos was illogical . It created heated debates.

If he didn’t feel this way then clearly  “ALL” Igbo’s  didn’t share such ambitions .

His friends persisted with this very misguided mindset proclaimed by this newspaper and in retort and in jest, Dadi was quoted as saying, “you may despise the Igbo, you may persecute him all you want but you can’t put him down. You wait – Igbo domination of this nation is but a matter of time”

However, this did not dissuade him from being the detribalized Nigerian that he was

The book attempts to clarify this discussion amongst friends, taken out of context, shedding light on the real background of the story – sadly, till this very day, ethnicity is still a major issue and statements are still taken out of context to manipulate various agendas.

If Dadi Onyeama way back in 1948 could fall victim to this, then anyone can!!

I can confidently say this was one of the best books I have read. Many readers I’m sure will agree with me.

It is a wonderful testimony of a child to his father. First and foremost, to the excellence of this true Nigerian, his legal prowess, the love for family, the concept of brotherhood and unwavering integrity highlighted in the portion of the book on the National Bank Inquiry, which was the acid test for his integrity. He knew he risked the wrath of the N.C.N.C/ NPC led government but further substantiated his exemplary reputation as a no-nonsense judge

The author skillfully balances his account of his father and it is clear to the reader that despite the glowing reference of a son to his hero, he also does not shy away from addressing his fathers’ human flaws.

Testimony to the author’s first-class storytelling skills, the last lines of the book struck me when the author, when recounting his father’s corpse lying in state he said  “It beggars belief that this legend that had be-straddled the worlds public gaze with the towering flourish of a true colossus, was now horizontal”

I thoroughly enjoyed reading this book, I felt privileged to be allowed into the world of this great Nigerian and encourage all to read it.

Today I was honoured to share the stage with some distinguished Nigerians at the book launch of Dillibe Onyeama’s latest masterpiece ‘Dadi: The Man, The Legend’ a book on the life of His Excellency Judge Charles Dadi Onyeama.

Former Secretary general of the Commonwealth, Chief Emeka Anyaoku and 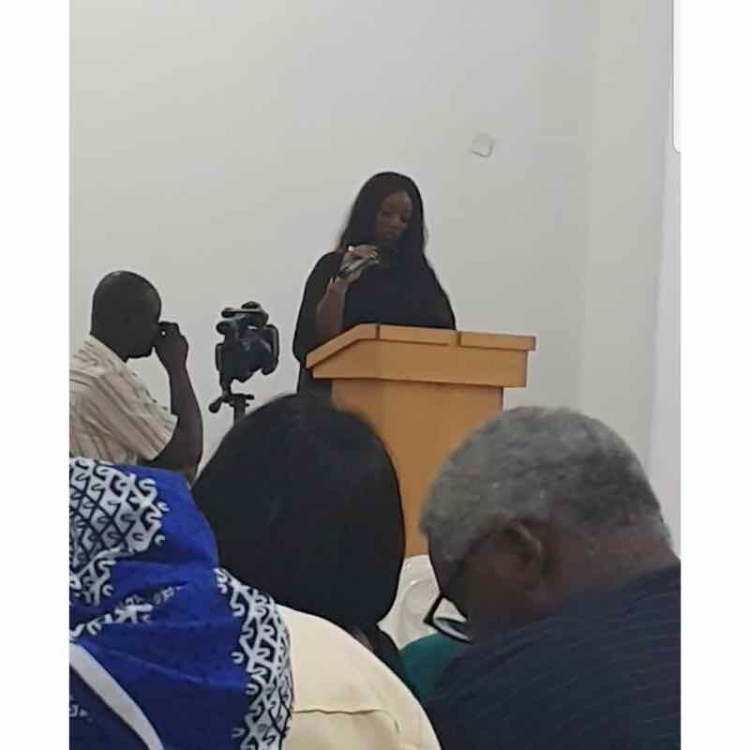 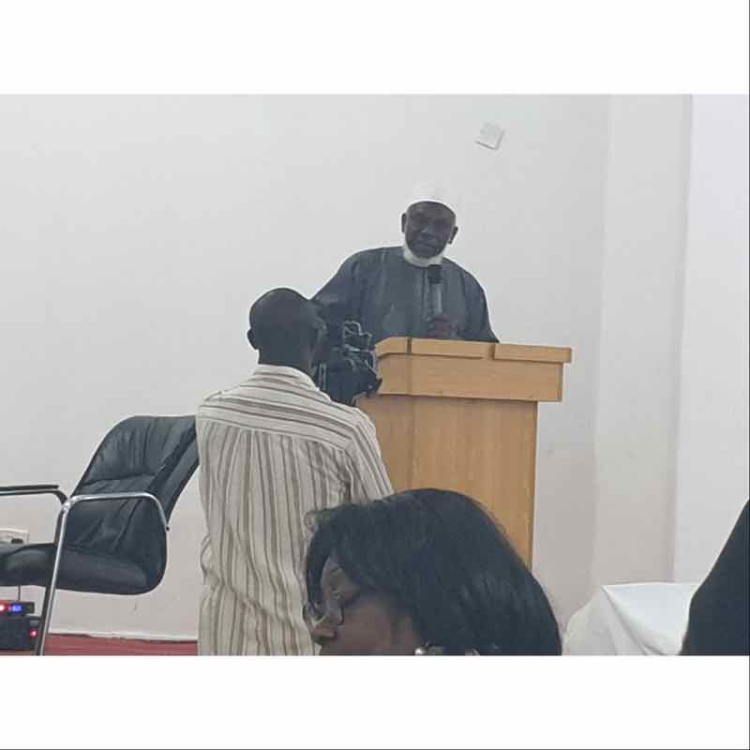