I’m not the biggest fan of football 😂 so …. whilst the match was on I did a little digging in the archives…

In August 1949, 18 Nigerian footballers along with their manager Capt, D.H Holley would leave the shores of Nigeria for the first time to embark as an international team on a one month tour of England.

After their two week Journey by sea to Liverpool, the teams manager Capt. Holley was given a telegram. It read “His Royal Highness the Duke of Edinburgh sends to the team his very best wishes and hopes they will have an enjoyable visit.”

The players were in the United Kingdom to play nine goodwill matches despite what their manager had said during a press conference in Ikoyi Lagos, about the tour determining if the Nigerian team would go to the Olympic games of 1952. The teams manager Capt Holly said “it means 18 of you are blazing the trail for the 1952 footballers!

It means the whole of the 1952 Olympics will depend on your performance in England!

It means if we didn’t send out a team to represent Nigeria in Helsinki in 52, it means the UK team of 1949 will be responsible for that failure.

The teams Captain was Etim Henshaw

They won their first match against Marine Crosby Football Club 5- 2.

The match referee admitted afterwards that he had not seen barefooted footballers before but,” by gum, these lads are good.” The spectators surged on to the pitch after the match and carried the victorious Nigerians shoulder-high to the dressing room.

Their second match against Bishop Auckland Football Club resulted in a loss for Nigeria, 5 -2

The players were treated like royalty during their tour – feted everywhere with receptions and dinners in their honour. This occurred in every city and town they stayed and played.

The Nigerian team left Liverpool for Lagos on September 29 on board the R.M.M.S Accra ( seen in the photo)

A significant outcome of the 1949 UK tour was that it opened the door for the migration of Nigerian footballers to the country. Some members of the 1949 tour would return and become the first generation of Nigerian footballers to play for English clubs – Ottun (South Liverpool F.C.), Titus Okere (Swindon Town), and Tesilimi Balogun (Peterborough United and Queen’s Park Rangers).

The Nigerian team would also pave the way for other African football tours to the UK – the 1951 Gold Coast (Ghana) tour and 1956 Uganda tour. The English Football Association sent an English team in 1958 to tour Nigeria and Ghana 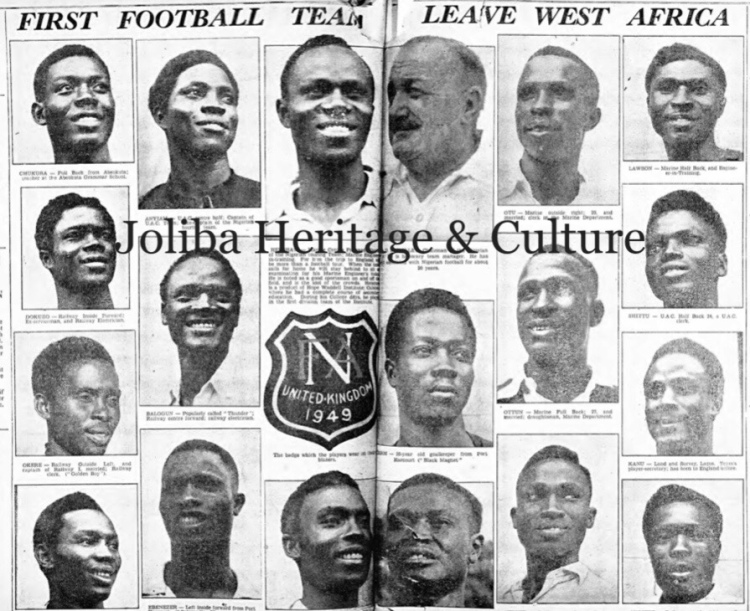 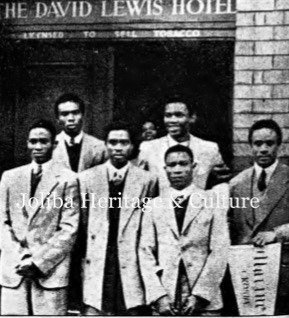 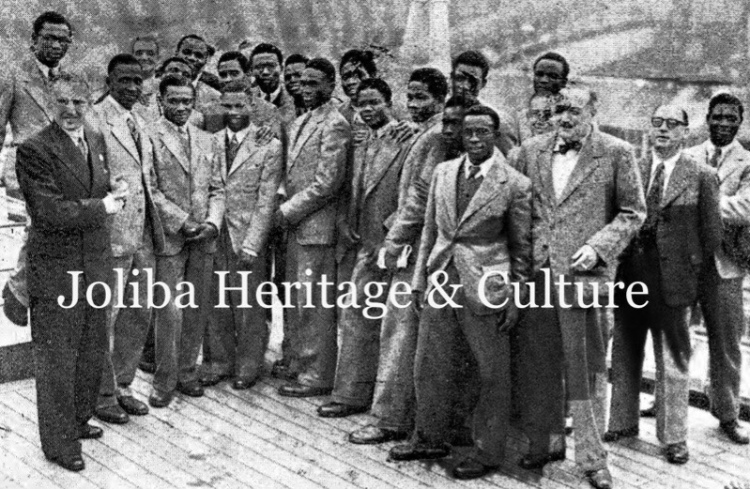 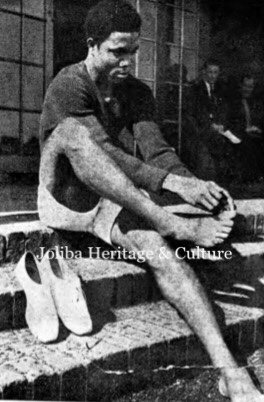 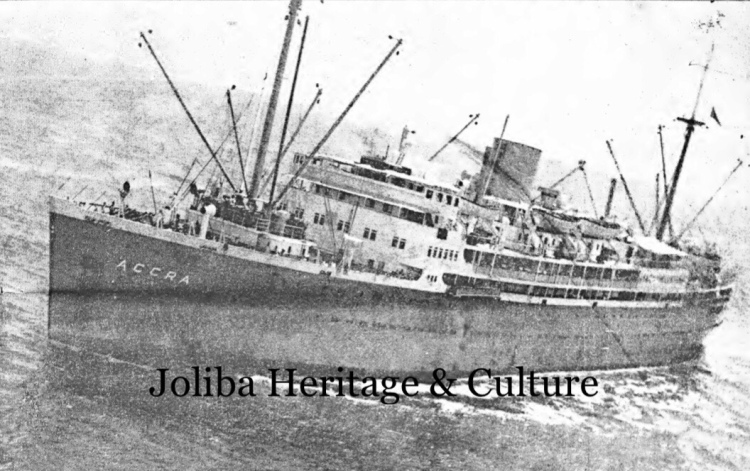 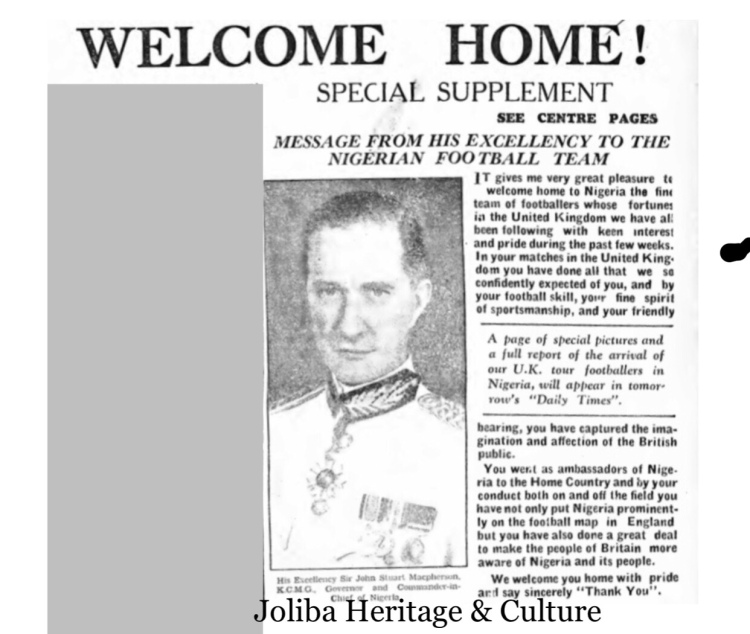 One thought on “The Nigerian Football Team 1949”